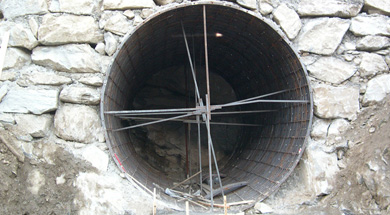 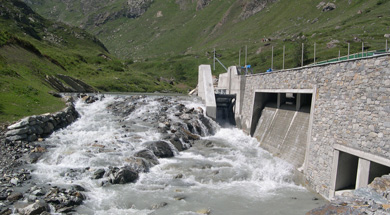 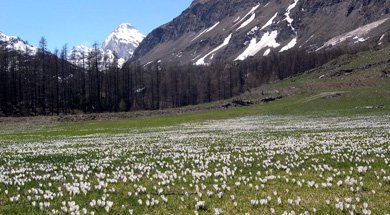 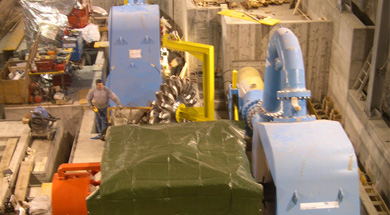 Particular attention was paid to the appearance of the site, starting with the positioning of the buildings in a way that was respectful of the surrounding environment.

The station consists of two Pelton wheels with synchronous generators, with a total power of 5600 kW. Each wheel is driven by the water split into two jets. Partialisation maintains high levels of machine yield even with reduced winter flow rates.

The unmanned plant is completely automated by a network of logic controllers assigned to each unit and two for the general power station services and intake structure system. The clearest results of automation lie in the elimination of the majority of electro-mechanical controls. The operator interacts with the power station system through the local supervisor touch screen. The graphics pages, designed to assure simplicity of use, show the touch-controls on the screen. Local automation also regulates the flow of water into the tanks in order to minimise the intake of inert material.

The intake structure captures the water from the Doire de Rhêmes, settles the solid materials and eliminates floating material through a gird with an automatic cleaning device. The plant is fitted with ten electrically controlled gates which can either be managed from the control panel in the equipment room, or radio-controlled by an operator who stands near the parts to be moved. It is also possible, particularly in an emergency, to control the movement of the gates or the trash rake from the plant.