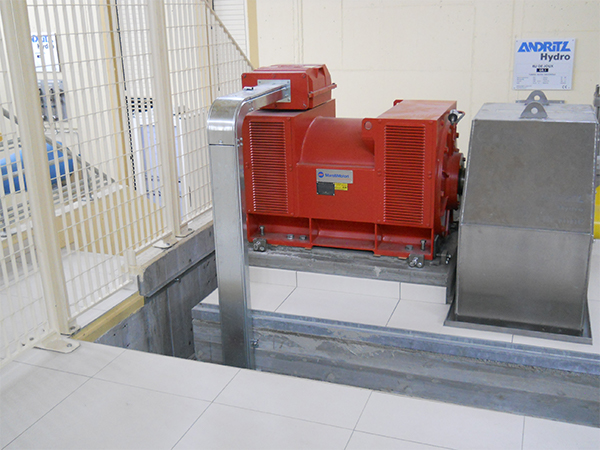 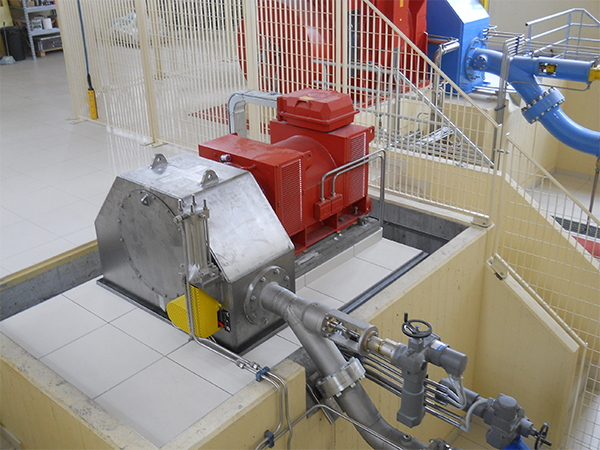 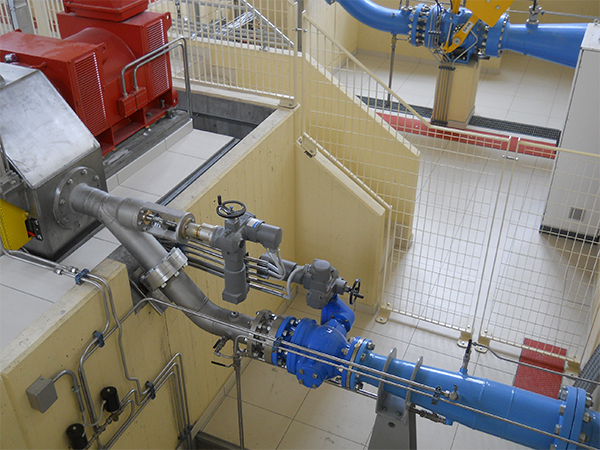 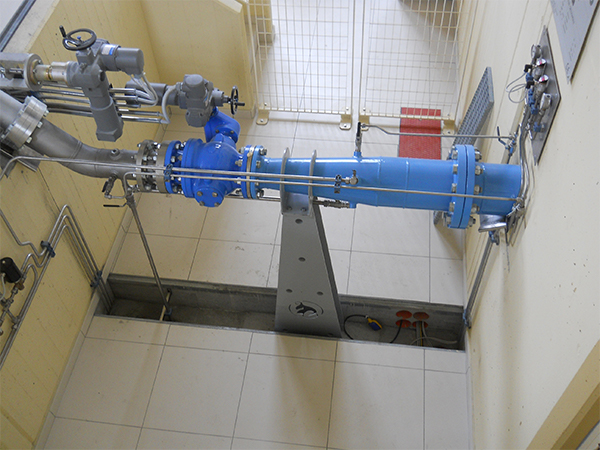 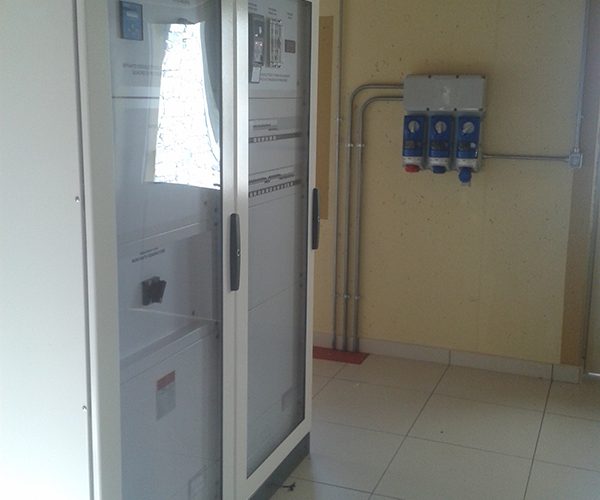 The plant exploits the irrigation waters of the “Ru de Joux” Land Improvement Consortium which come from a series of springs on the slopes and flow within the irrigation network.

The project involved the withdrawal of a water flow from the existing loading tank, its conveyance and transportation through the existing penstock and the positioning of a new turbine inside the “La Lizza” hydroelectric plant in loc. Plan de Vesan, to then be returned with a drain pipe inside the irrigation network of the valley.

The project took advantage of the jump between the altitudes of 1,324.5 and 1,145 m a.s.l. transforming the potential energy of the mass of water into mechanical energy and subsequently into electrical energy. The water is then used for irrigation according to the system and methods already present.

A Pelton-type hydraulic machine and a horizontal axis asynchronous generator were installed inside the existing “La Lizza” hydroelectric power station.

Operation is automated, unattended and the information relating to the electrical and mechanical parameters of the plant are transmitted to the Introd supervision center.