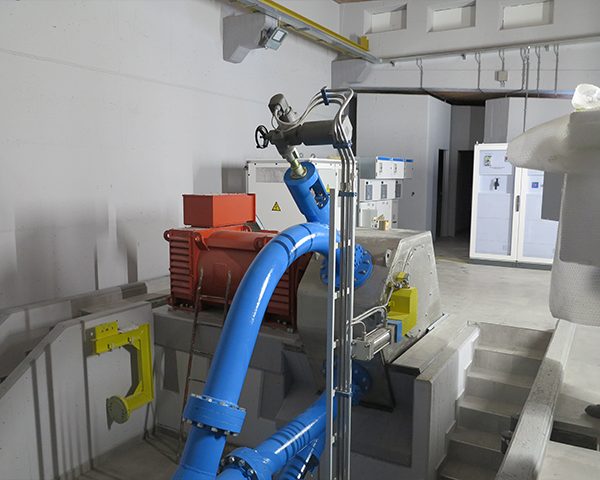 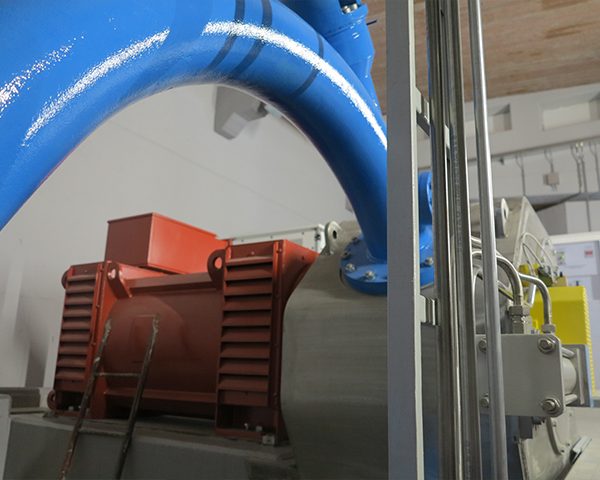 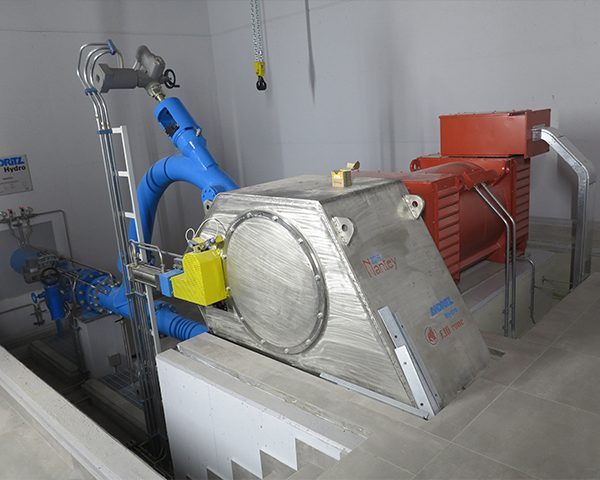 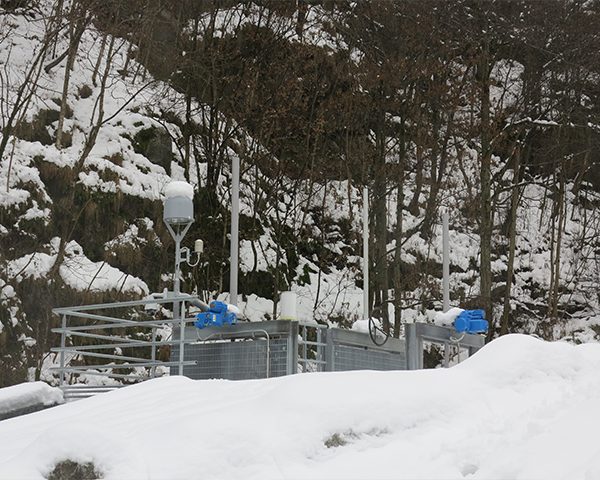 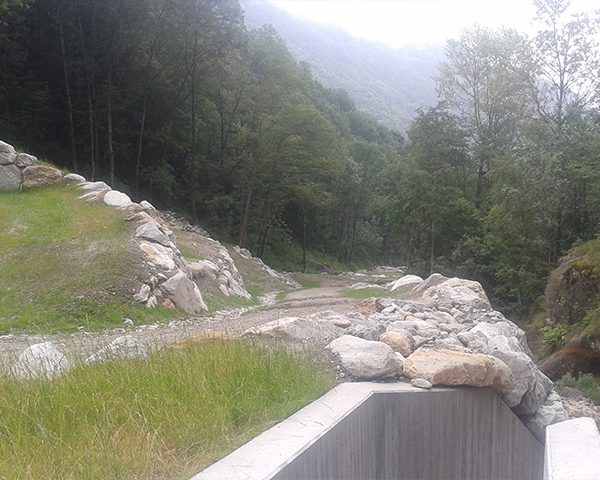 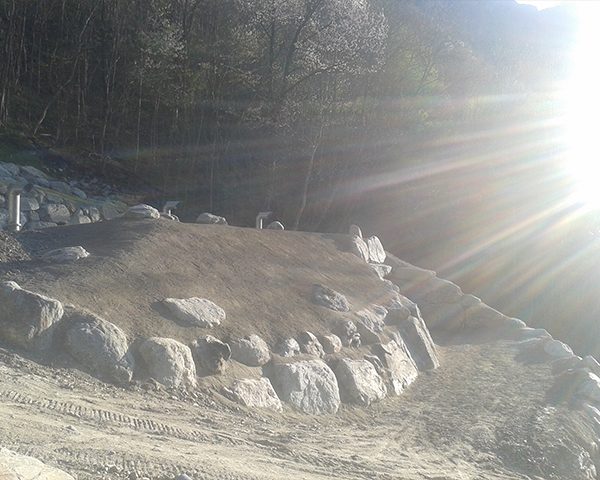 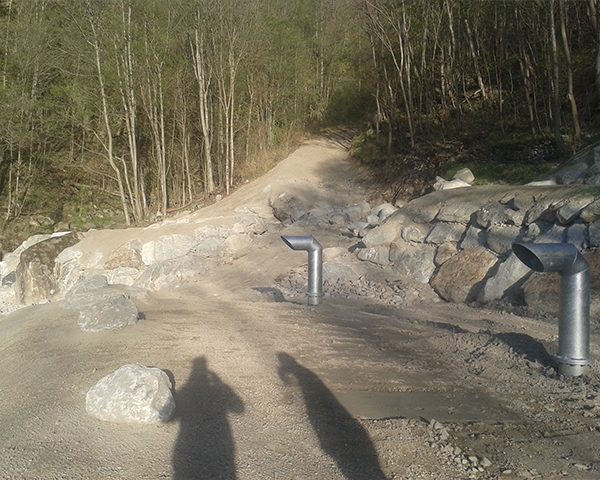 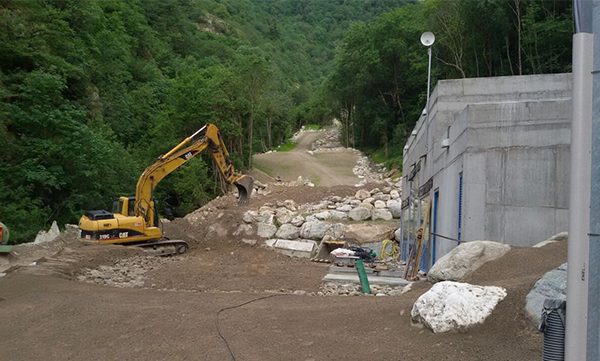 The “Perloz” power station, situated in the Commune from which it takes its name, is a plant which exploits the waters from the Torrent de Nantey.

The water take-up structure was positioned at a point within the surrounding environment, in a more or less organic manner. Proceeding downstream an interred load tank is found, which is required for settling the water. All the electro-mechanical equipment present in the supply channel and the load tank are activated electrically and controlled by the power station thanks to an automation and remote-control system.

The track of the penstock develops over some 415 metres and the piping is completely underground.

The power station construction is largely underground, emerging from the land only at the facade, in glass and metal framework, which also contains the entrance to the station.

The operation is automated and unmanned, and the information related to the electrical and mechanical parameters of the plant is transmitted to the Introd supervision centre.