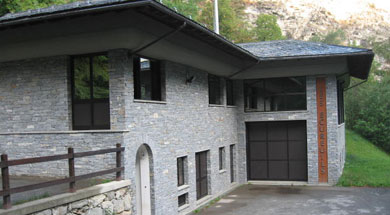 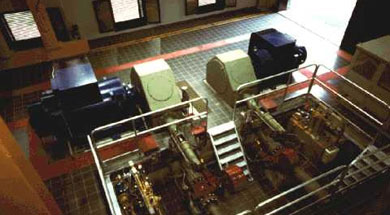 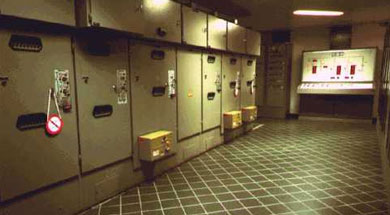 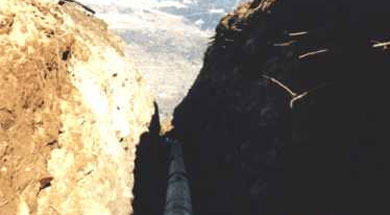 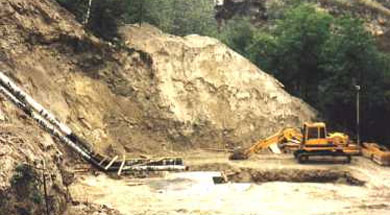 The “Les Ecureuils” power station is situated in Condy, in the municipality of Introd. Construction began in 1991 and was completed in 1993. The plant comprises two units which exploit the excess water from two overhead irrigation systems, with respective uptake from the Doire de Rhêmes and the River Savara. The synchronous generators are driven by Pelton wheels (700 and 300 kW) on respective heads of approximately 200 and 400 metres and have a total nominal power of 1000 kW.

The plant operation is automated,is not manned, and is controlled by PLC (programmable logic controller) which monitors activities and restarts the power station in the event of a stoppage. Information relating to the station’s electrical and mechanical parameters is sent to the Introd supervision centre.

The intake structure consists of two settling tanks which not only serve the farmland near the power station but also transport the excess water to the power station, through underground pressure pipes.