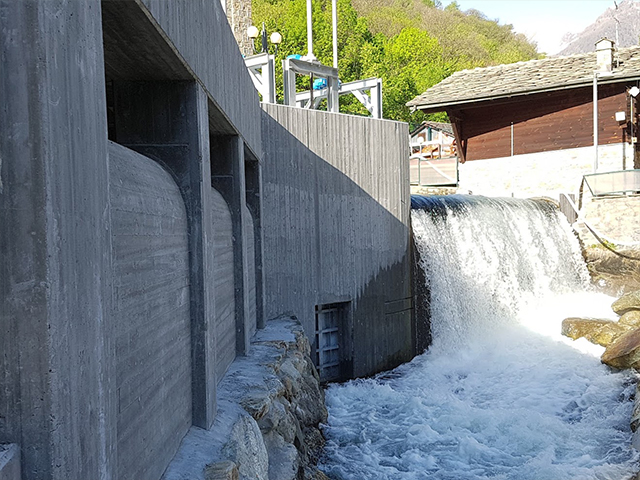 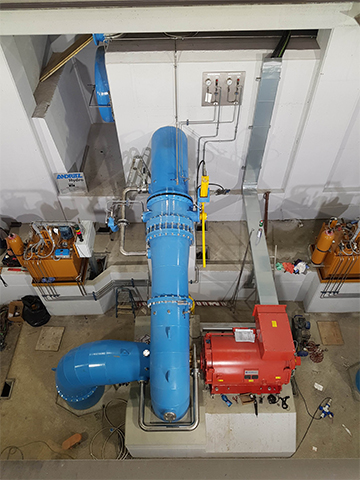 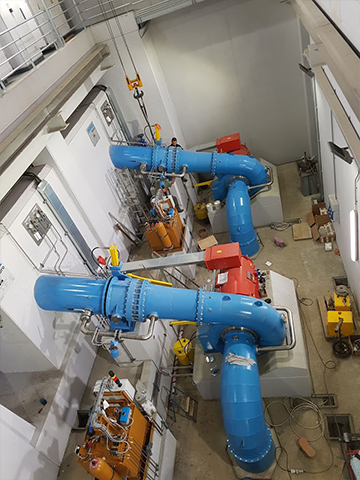 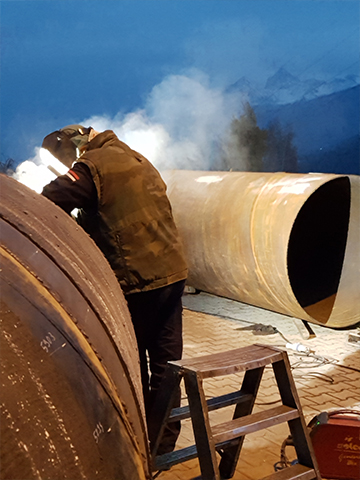 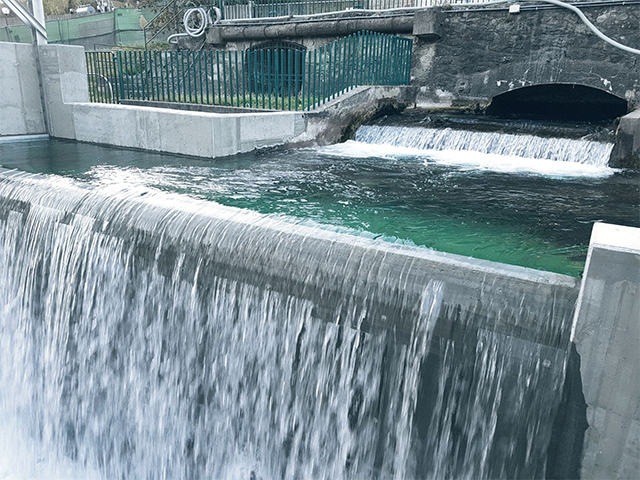 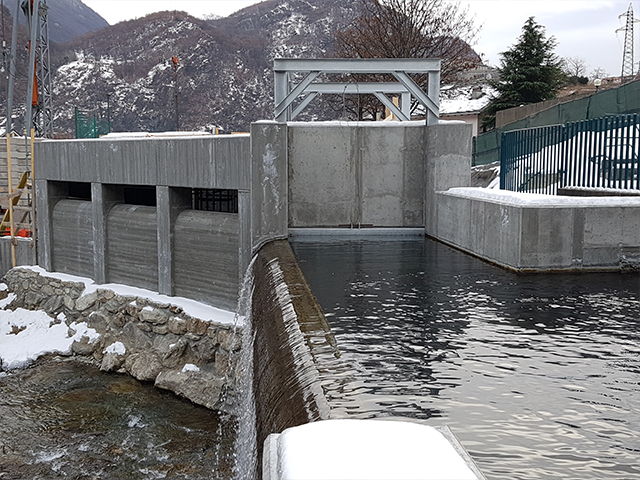 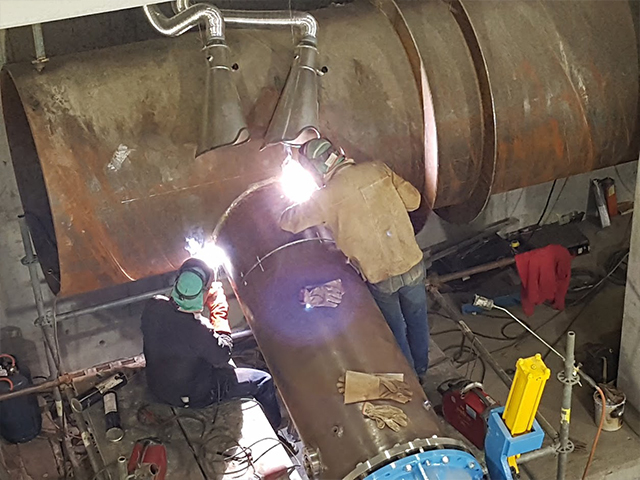 The power station building develops over several underground layers as a function of the hydraulic requirements and, after the final arrangement of the same, only the access portal remains visible at the roadway level of the building.

Two Francis units have been installed in the building, while on the other hand having provision for a future increase with a third Francis unit of equal power to those currently installed, and a small Pelton Unit for exploiting the waters of a land improvement consortium.

The water take-up structure, located immediately downstream of the discharge from the CVA “Hône II” power station, takes directly from the above-mentioned drainage channel. The offshoot is occasioned using an offshoot source in such a manner as not to influence the free flow of the discharge from the CVA power station. The water is gathered into a tank from which the conduit starts.

The first stretch of the pressure conduit is in the form of a trench; the second stretch – up to the power station – was made using an automated underground pipe excavator with Raise Boring technology. From the power station, the conduit then continues in an underground setting until discharge. For site logistics matters, and this is the special aspect of the plant, the discharge is by self-priming syphon; this has allowed for not losing a portion of the total difference in height.

The plant, unmanned, is completely automated through a logic control network and the information related to the electrical and mechanical parameters of the plant is transmitted to the Introd supervision centre. The most evident result of the automation is the lack of the majority of electro-mechanical controls.

The operator interreacts with the power station plant using the local supervision touch-screen. The graphics pages , designed with simplicity of use in mind, display the controls on the video, which are activated at the touch of a finger. Local automation also provides for adjusting the flow of water in the tanks with the aim of minimising the supply of inert material.